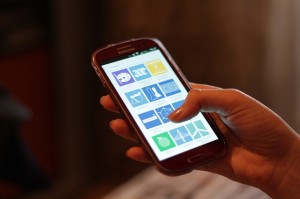 We have all been there, patiently waiting in traffic, crawling along with the rest of the world then -bam – someone else has whizzed up the inside lane trying to cut in. The majority of the time this results in you having to slam on your brakes to ensure you don’t go into the back of them. However, there are instances when this doesn’t quite happen or the driver […]

July was the month of the Goodwood Festival of Speed and what a great weekend it was especially as it was the 20th anniversary! There was one of the largest collections of cars that have been seen at the festival with over 169000 people turning up for the event over the course of the two days.

Over the last few years cars that are fueled by diesel have become more and more popular as a result of better fuel economy. This not only benefits the amount of times the owner needs to fuel up but also the environment. However any of these savings that are made in the short term, are being over shadowed by what can sometimes be a four digit repair bill.

At the end of last year many people were concerned that the cost of car insurance would increase dramatically due to two reasons. The first was because it was decided by the EU that car insurance companies could no longer give cheaper car insurance policies to someone because of their sex (i.e. to women), and the second because compensation to those injured in car accidents would be paid monthly instead of in one lump sum, meaning that it could increase due to inflation.

A police armed response car on an emergency call swerved off the road and smashed into a florist shop causing thousands of pounds in damage.
Witnesses said the police car which was supposedly “full of weapons and guns” careered off the road into an Audi, which caused both cars to end up inside the Crouch End shop. Although the damage to the Audi wasn’t too severe, even in these situations you need to make sure you have a valid motor insurance policy on your vehicle.
If the […]

There have been a number of articles in the news recently discussing how fake whiplash claims are increasing the average cost of each motorist’s car insurance policy by around one hundred pounds per year. Seeing as most people now rely on cheap car insurance quotes in order to help reduce the overall costs of running their vehicles, false whiplash claims are now being targeted by the government in order to save members of the public money and crack down on fraudsters.
The Commons Transport Committee […]

The European Commission has, it seems, accused manufacturers of being economical with the truth, with regards to their emissions testing. Not so economical, it seems! Official tests have been rigged, it is thought, so as to avoid taxes and meet environmental targets.
An EC report suggests that various methods have been employed by manufacturers to lower CO2 figures by as much as 11% lower than they are said to actually produce in real driving conditions. It is claimed that manufacturers tweak testing methods to achieve this […]

There have been a growing number of articles in the news recently concerning telematics black boxes and how they could potentially help reduce drivers’ car insurance premiums. Car insurance companies claim that telematics devices can monitor the driving habits of their customers and therefore give them a better idea as to how much of a risk each driver is and how much they should cost to insure. However, no one is certain that these new devices are actually beneficial due to the fact […]

Whiplash is one of the most controversial subjects when it comes to car insurance claims, as it is very difficult to determine whether someone is telling the truth or just trying to get money from insurers. The fact that whiplash claims are so difficult to disprove means that car insurance providers have to charge their customers extra in order to protect them against whiplash claims and subsequent pay outs which can sometimes be extremely expensive.
And now today the car insurance provider Aviva said that […]

Sometimes it is difficult to understand what insurance companies take into consideration when deciding the cost of a person’s car insurance. We do know that recently the EU passed legislation stating that car insurance providers could no longer give lower premiums due to a person’s gender, even though insurers claim that female drivers are often cheaper to insure as generally they are involved in fewer serious accidents.
However, there are some things many of us assume, such as that if you have had a previous […]