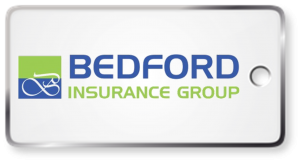 KeyCare Insurance – The Benefits:
• Up to 35% of keys are recovered
• No excess to pay at point of claim
• Protects No Claims Record on car / home insurance policy
• Any keys attached to the fob are covered, including Infra-Red remote
• Personal security is never compromised
• Available 365 days a year, 7 days a week, 24 hours a day
• Complete peace of mind
• Unlimited claims up to […]

Parents, take note – the law regarding the booster seat is changing in December 2016
The current booster seat law here in the UK stipulates that a child must use a booster seat in a car until they’re 12 years of age or 135cm tall and does not outlaw the use of backless booster seats
The New Booster Seat Law:
Advises that the Backless style of booster seats will only be allowed for older children of at least 125cm in height and weighing more than 22kg.

Last year Google launched the Google’s Self Driving Car a project to test the boundaries of technology and driving in a bid to enable drivers to be more productive when they are behind the wheel. Earlier in the week Google announced that the vehicle had surpassed the 300,000 mile mark.
The Findings
In a report published by the head engineer of the project, Chris Urmson, he has said, “Our vehicles, of which about a dozen are on the road at any given time, have now completed more […]

Research has shown that drivers in the United Kingdom are spending in excess of £150 million on repairs each year after they put the wrong fuel in their cars. The in-depth research found that the total equates to a driver mistakenly putting in either petrol or diesel once every 105 seconds.
The mistakes result in more than 300,000 vehicles a year needing to be repaired because of such errors. The research was carried out by Halfords and they estimate that using the wrong kind of fuel […]

Dents and scratches are always inevitable when you are own a vehicle.
Here is some advice and tips to avoid getting dents and scratches on your vehicle.
Parking
Give yourself sufficient space in between vehicles.
Park away from busy places
If you park away from busy places, you will reduce the chance of your vehicle being affected by brushes and scrapes from others.
Park away from sports grounds
This will help with avoiding balls that wonder off course
Avoid parking under trees
Things can easily fall out of trees, such as branches, fruits, othe […]

Earlier this year I decided to treat the wife to a new car, she had been moaning about the ever increasing bills that her KA was burdening the family budget with, and reasoned that with the scrappage scheme drawing to a close we were missing out on an opportunity to trade old for new at a reasonable cost. Needless to say I eventually caved in and off we toddled to a Ford showroom. It didn’t quite turn out to be a case of haggling over […]

Make your car sound better
You know you are getting old when a car goes past your house and the driver has the window down and the boom-boom of music coming from the car has you saying “That’s not music, its just noise”. Chances are the driver is young and also that he/she has added a car amplifier to the music system. You may have seen this done on shows like “Pimp my ride” but it is possible to install a great sound system yourself. Bear […]

How much is your driving licence worth?
Well to the majority of the citizens of the United Kingdom it is hard to imagine life without it. First and foremost it enables us to live the life we do at a pace that would be impossible without the use of the family car, even non drivers such as children and senior citizens rely on a family member to be available with a car for a great many things, the school run, trips to the doctors or perhaps […]

Whether it’s to the supermarket or a 200 mile trip across the country, a motorist can never be 100% certain that his car will not break down, even the most reliable vehicle will at some time fail to start. Having breakdown cover will give you the peace of mind that if you are stuck there is an outside agency to get you moving again. It really is not worth taking the gamble of not having cover and if you have to be towed away from […]